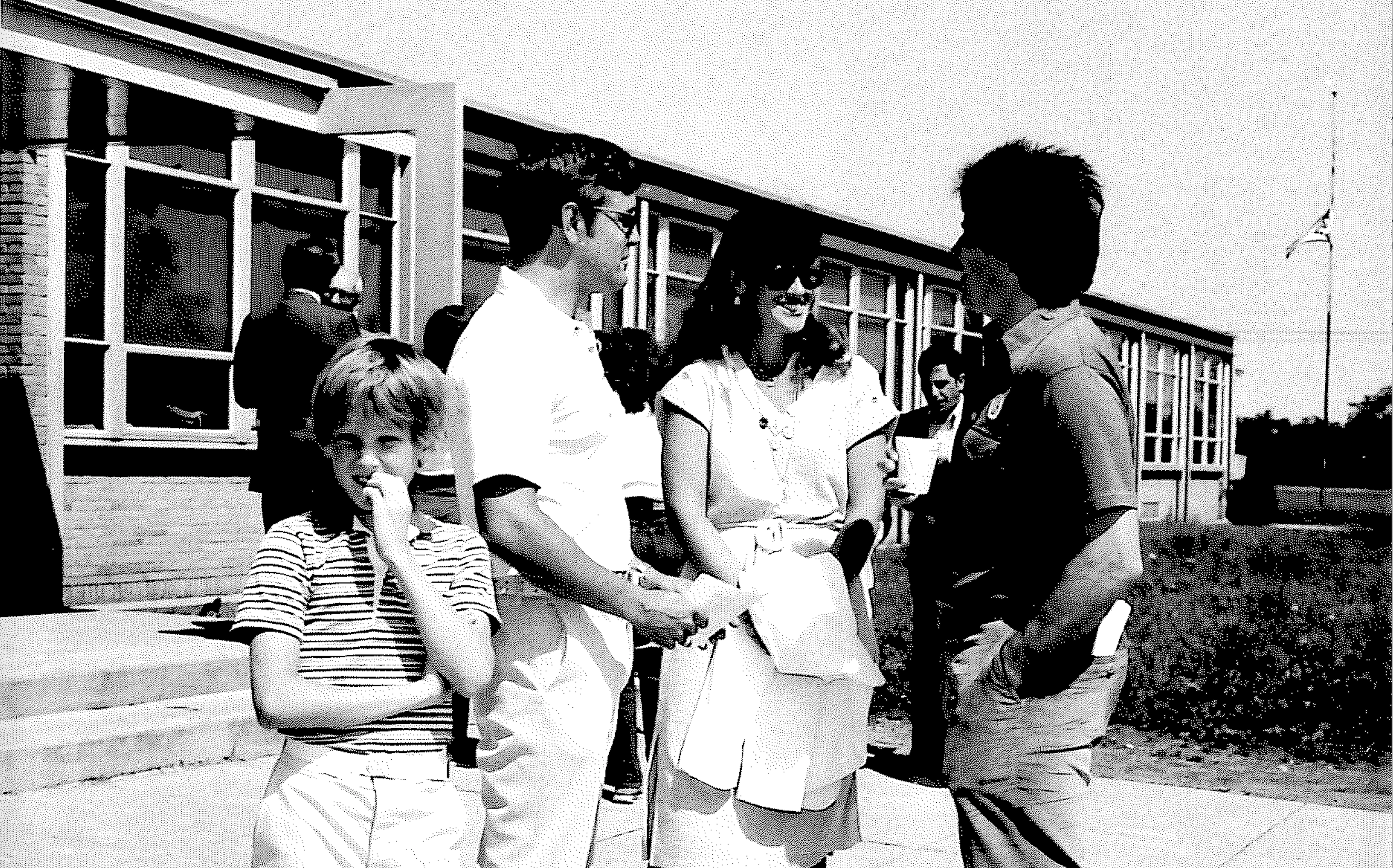 St Brendan the Navigator parish has a rich history that reflects back to 1956 when this area of west Columbus was just beginning its growth spurt. As the area population expanded, there was also an increase in the number of Catholics and Bishop Michael Ready addressed their spiritual needs by adding St Brendan as a new Diocesan parish. St Brendan was selected as the parish name and as our patron saint. This name held from 1956 until 2003, when the name was formally changed to St Brendan the Navigator.

The first pastor of our parish was Fr Michael Wellnitz, and the early membership of the parish was about 65 families. Fr Wellnitz, an accomplished wood carver, left his mark on St Brendan when he carved all the Stations of the Cross and the five foot statues of Jesus, Mary, Joseph, and St Anthony that reside in our church today.

In 1957, the original church and rectory were combined in what is the current Parish Office building with the church on the lower level and the rectory upstairs.

St Brendan School was added to the parish campus in 1963. With the addition of the school, they also added a larger church area connected to the school to accommodate our growing parish population. The combination church and school building was purposely designed so the church portion of the building could be converted into additional school classrooms as warranted by parish growth. The space was converted to classrooms in 1972 and the church moved back to the rectory basement (what is now Wellnitz Hall).

Monsignor William Maroon became the Pastor of St Brendan in 1978, and the following year he launched a capital campaign to begin the process of building a new St Brendan church. The dedication of the new church took place in 1981, the 25th anniversary year for St Brendan parish.

Some interesting design facts about our church:

In 1987, the growth of the community-at-large led to the development of two new parishes in the area: St Brigid of Kildare in Dublin and St Joan of Arc in Powell. Even though our parish was divided among the new parishes, St Brendan parish continued to add more families.

In 1993, Monsignor William Maroon returned as our Pastor and began the expansion of St Brendan School with a capital campaign to add a multipurpose room/gym and ten additional classrooms. At this time, there was also an expansion to the church that added a new gathering area, additional pews, a new cry room, and an immersion baptismal font.

In 1998, St Brendan added the rectory for the priests which exists today. This rectory accommodates both our resident priests and visiting priests. Behind the current rectory, a large stone table still sits that was once used as an altar for summertime Masses. That same year, they also remodeled the old rectory garage and created the Carter Center for Children, named after Fr Raymond Carter who served as our Parochial Vicar for many years.

In 2001, two rooms were added by the school cafeteria, and in 2002, the Maroon Media Center was added to the church to house additional offices and a library.

The St Brendan parish community has continued to thrive since its inception through the dedicated involvement of the parishioners; over the years parishioners have participated in vibrant social and philanthropic groups as well as groups that have focused on evangelization and catechesis. We also have a history of events such as the parish festival, fundraising sales, raffles, etc. which are designed for family participation and expanded to include the community-at-large. Groups and events have evolved over the years to meet the changing needs of our parish family and they will continue to do so as our faith community expands.

An integral part of our rich parish history is the leadership of our church, and below is a list of St Brendan Pastors that have guided our parish over the years.

Under the tutelage of our current Pastor, Fr Bob Penhallurick, St Brendan is advancing into a new and exciting chapter. The continued growth of the parish community has put stress on our current buildings and we are woefully in need of more meeting spaces to address our current and upcoming faith-based initiatives and ongoing requests from our parish community. This unfolding chapter of St Brendan will include a capital campaign that will position the parish to respond to our parishioners’ needs for many years to come.

Please join us as we, a parish community, continue our faith journey and support the St Brendan mission: To meet people where they are on their voyage of faith and offer them opportunities to know, share, and live their faith.

St Brendan the Navigator is a Catholic Church within the Diocese of Columbus.